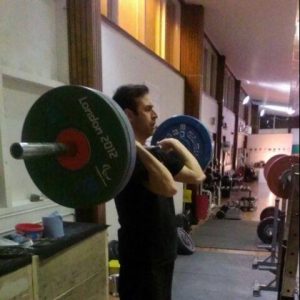 I’ve been active all my life. Like nearly all kids I started off in my local football team. From there I went on to practice just about every sport that was available to me. Finally I found taekwondo as a teenager – it was the sport for me. I went on to represent my club and country at European open level.

In 2011 I took up the sport of weightlifting to compliment my own training and coaching. I was 35 at the time and thought that I might be a bit old for it. I was wrong. It was something that anyone could do. After much studying and practice I completed my weightlifting instructors course to add to my taekwondo qualifications that I had been working through for the previous 20+ years.

Just as when I started the gym in 2004 I still feel passionately about helping people into a positive healthy and happy bodies.